We’re here on episode number 5 with Liberty Hardy, contributing editor at Book Riot and co-host of the All the Books! podcast.

In addition to this LibSyn landing page, you can find us on Tumblr or stream the episode on iTunes and Stitcher. Follow us on Twitter at @drunkbookseller for updates, book recs, and general bookish shenanigans.

Our theme music is awesome. Bitches in Bookshops comes to us with permission from Annabelle Quezada.

In addition to her Book Riot work, Liberty is a roaming bookseller, former bookseller at RiverRun Bookstore in New Hampshire, judge for Bookspan’s Book of the Month Club, volunteer librarian, and self-proclaimed velocireader.

Drink of the Day: Pabst Blue Ribbon. Yes, that PBR.

Emma’s reading Naked Economics: Undressing the Dismal Science by Charles Wheelan, and A Wild Swan: And Other Tales by Michael Cunningham 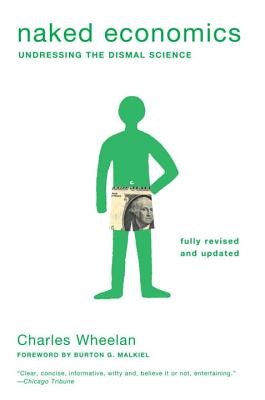 Kim’s reading Phoebe and her Unicorn by Dana Simpson, My Fight/Your Fight by Ronda Rousey, The Mark and the Void by Paul Murray, and Big Magic: Creative Living Beyond Fear by Elizabeth Gilbert.

Liberty’s reading Mrs. Engels by Gavin McCrea, Twain’s End by Lynn Cullen, and Monsters: The Hindenburg Disaster and the Birth of Pathological Technology by Ed Regis. October is a very exciting month for books, amiright?

In Which Liberty Doesn’t Have To Wear Pants, Tells Us Her Secret to Reading ALL the Books, and Gives Us a Tour of Her Library and Cat B&B

Liberty’s last official brick-and-mortar bookselling gig was at RiverRun Bookstore in Portsmouth, NH. Now she talks about books on the interwebz at Book Riot and doesn’t have to wear pants, which seems like a pretty sweet deal to me.

If you’re not listening to Liberty’s podcast every week, you should. Like, stop reading this and go listen to All the Books! instead. We’ll wait.

Want to read like a bookseller? You can score advanced digital copies of books from NetGalley and Edelweiss. Learn more about Edelweiss here.

Fun Fact: The average person reads 215 words per minute. Liberty reads 536 words a minute. How do you match up?

Liberty only sleeps 3 to 4 hours a night. So, that’s a thing.

In Which Gary Shteyngart Writes a Successful Blurb, A Giant Crate of Books Washes Up On Liberty’s Desert Island,

Liberty’s fav local bookstore haunt is Water Street Bookstore in Exeter, NH. She also “accidentally” bought a bunch of books from Small Beer Press in the middle of the night (including The Liminial War by Ayize Jama-Everett and Kalpa Imperial by Angélica Gorodischer, translated byUrsula K. Le Guin). And she gives a big shout out to Sherman’s Books in Portland, ME and their store manager Josh Christie who, spoiler alert, is our next guess on Drunk Booksellers!

Liberty’s a judge for Bookspan’s Book of the Month Club. Sounds rad.

Liberty’s wheelhouse: anything compared to Kurt Vonnegut or The Secret History by Donna Tartt

We talk blurbs. Gary Shteyngart blurbs everything, including this gem about Sloane Crosley’s new novel: “The Clasp reads like The Goonieswritten by Lorrie Moore.” It’s kinda brilliant. Station Eleven Books: Blood Meridian: Or the Evening Redness in the West by Cormac McCarthy, Pat the Bunny by Dorothy Kunhardt, a Charles Portis book other than True Grit

In Which We Make Authors Awkward with Our Literary Tattoos

Go to Handsell: Ella Minnow Pea: A Novel in Letters by Mark Dunn, The Lost City of Z: A Tale of Deadly Obsession in the Amazon by David Grann, The Devil in the White City: Murder, Magic, and Madness at the Fair That Changed America Trade Book by Erik Larson

Liberty has very literary cats. Their names are Steinbeck (instead of Spork from Angelmaker by Nick Harkaway) & Millay

Emma’s cat’s name is Link. As in Kelly Link, not this Link:

Literary media for your immediate consumption: