In Episode 6, we chat with Josh Christie, manager at Sherman's Books and Stationery in Portland, ME. Get excited. You also can stream the episode on iTunes and Stitcher. Find us on Tumblr at drunkbooksellers.tumblr.com. Follow us on Twitter at @drunkbookseller for updates, book recs, and general bookish shenanigans.

Josh is the perfect guest for Drunk Booksellers. He is the manager and book buyer at Sherman's Books and Stationery in Portland, Maine (not Oregon). He’s also the co-author of Maine Outdoor Adventure Guide and The Handbook of Porters & Stouts, as well as the author of Maine Beer: Brewing in Vacationland. In his spare time, he’s an adjunct professor on the The Maine Brew Bus and a co-host of The Bookrageous Podcast.

Drink of the Day: As one might expect from a stout & porter expert, Josh gave us three options for our drink of the day.

Josh is reading Drinking in America: Our Secret History by Susan Cheever, Judge This by Chip Kidd, and The Beer Bible by Jeff Alworth. 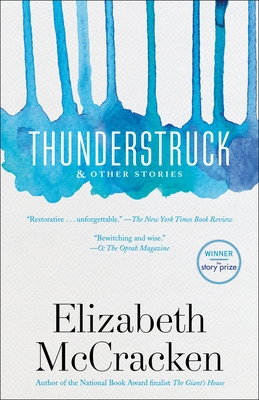 In Which We Love Everything Except Rap and Polka, Particularly Maps

Sherman’s Books & Stationery has 5 locations in Maine, with a 6th opening in 2016.

Most surprising bestseller (other than adult coloring books): The Historical Atlas of Maine, edited by Stephen J. Hornsby Also mentioned: Deep Down Dark: The Untold Stories of 33 Men Buried in a Chilean Mine, and the Miracle That Set Them Free by Hector Tobar, All the Light We Cannot See by Anthony Doerr

If maps and books are your thing, definitely check out Plotted: A Literary Atlas by Andrew Degraff and Daniel Harmon . We all love it so hard. From Plotted: A Wrinkle in Time by Madeleine L’Engle

In Which We Lust after Built-in Bookshelves, Love Everything Except Rap & Polka

In Which We Love Maps and Weirdos, Learn that Maine is More Than Just Lighthouses & Lobsters,

Josh’s Wheelhouse includes books with maps, character indexes, and anything that’s super weird, such as Mort(e) by Robert Repino

If you’re not a graphic novel reader yet, start with Fun Home by Alison Bechdel, The Sculptor by Scott McCloud, or Habibi by Craig Thompson

That annoying Slate article that Josh mentions can be found here: Don’t Support Your Local Bookseller. Feel free to read it if you feel like angrily ranting at everyone you interact with for the next few years.

If you’re not listening to Bookrageous, go remedy that immediately. We love it so hard.

Find Josh on the interwebz at:

You should probably follow us on Twitter @drunkbookseller if you’re not doing so already. We’re pretty cool.

Make sure you don’t miss an episode by subscribing to Drunk Booksellers from your podcatcher of choice. Also, if you read this far in the show notes, you should probably go ahead and rate/review us on iTunes too. The only compensation we get from this podcast is a nerdy ego-boost, so we’d love to hear how much you’re digging it.